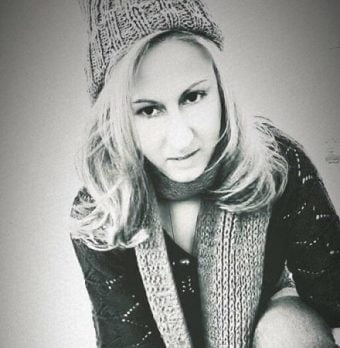 We come from the light, we follow the light and we walk exclusively through the light!

The above phrase describes Vassilia’s worldview and has defined her life so far.

Vassilia was born in Athens in 1976. After completing her studies in Business Administration (in marketing and advertising), she started working in her
family business as was expected, only to realize soon enough that this wasn’t what she wanted. She decided to give another chance to her studies, by
working in a couple of multinational companies, like BSH Group and LG Electronics but her enquiring spirit couldn’t keep up with the pace of a
multinational, a pace which she felt never represented her.

After a while and due to a health issue, came along her first acquaintance with yoga practice. And then, completely naturally, all her world theory changed.
It was the first time that she came in touch with the spiritual world of meditation, and she soon became enchanted, as she watched her life improving on all
levels day by day. From then on, one thing led to another.

After attending a seminar about making natural cosmetics, the magical world of Mother Earth (Pachamama) unfolded in front of her. A new chapter
opened, which was completed the following year, in 2013, with her decision to move to the island of Icaria, her mother’s place of origin. It was a child
dream come true.

Suddenly, everything became clear! Her connection to Pachamama Icaria was immediate as if everything there had been awaiting her. She spent her first
year there learning and collecting different herbs from around the island. In March 2014, together with her partner she opened, a shop called “Melía” (from
the Greek mythology) in Raches, as co-owner, where they sell organic foods, local products and her own creations.

In 2015 her studies in Herbal Medicine, Energy Healing and Self-improvement began. She is a certified professional in Ayurvedic medicine from the
Natural Health Science school of alternative therapies and, in the Awakening of the Illuminated Heart from the School of Remembering, as well as in
Channeling. She is also certified from the RSSE-Nonprofit in level 3 (master) in Therapeutic Dowsing (Hermeticism). In March 2017 she got her
diploma, from the Natural Health Science School, in Ayurvedic massage and in May in Herbal Medicine, and in April 2018 she got a second diploma in
Ayurvedic Mardana massage, from the Healing Touch – M. Paribodha Christopoulos.

All these years, she has never ceased working on her own therapy through psychotherapy and energy healing.

Nowadays, spending most of her time between Icaria and New York City, doing therapies and attending classes, she continually confirms her belief that as
long as we evolve, the longer our path is and the further we can encourage someone in search of the road to self-improvement to walk.

I feel the need and the obligation to thank:

My mother Stamatoula, because she taught me that I have the power to manage things myself, no matter how difficult it may seem.

My father Panagiotis, because he showed me how a parent helps his child, even if he is never there, with his physical presence.

Sophia, because she taught me to choose the light in the dark.

Yiannis, who always stood by me as a true friend.

Dimitris Kallimanis, who enlightened my way to Mother Earth’s arms.

Evangelos, who held my hand, when I took the “other” path in my life.

Leonard and Iliana, my teachers and therapists, for the love and knowledge they give to me.

Finally, all those who have accepted to play the necessary roles in my life, so I can be here today!